REST IN POWER - THE NATRIX DREAM

Music artist and director Natrix Dream was fatally shot during the shooting spree massacre by a domestic white terrorist on US soil during the early hours today in the suburb of Antioch in Nashville, Tennessee.

Four people were killed and two others wounded in the attack before local resident James Shaw Jr heroically wrestled the gun away from the shooter forcing him to flee naked on foot.


Natrix was a talented director who recently directed the 'Im Bout It' video for TEST Squad/C75 Live artist OneMike.

Check out his video for his Never Doing Fine track below:


And check out his 'Righteous' project below, download HERE

The C75 Live family, inc NOMADS blog, TEST Squad, and Gorilla Army, would like to extend their sincere and heartfelt condolences to the Desilva family and friends.
Natrix was a legend gone too soon.


Heres the OneMike video he directed. Natrix was about to direct Mikes new video on the day he was killed.

So, OneMike was messing around in the studio and dropped something dope for y'all. I don't know if you've heard the original, or want to, but this is how an MC does it.

Check out the video below:

A.B.Y.S.S aka ThABYSSness is one of the hottest emcees coming out of the Tri-State area.  She delivers “A Necessary Truth” with every bar and lyric spewed from her mouth, leaving a volcanic eruption in the music scene.
She is notorious for her passionate, raw, and captivating music.

She is the image of business, boldness, and rareness with a striking force of phenomenal! Because she is consistently unapologetic with her delivery she has earned great respect from outlets such as REMY Martin, XXL Magazine, Hot97, Atlantic Records, Ruff Ryders, and the legendary Funkmaster Flex!  She has also been named winner of several freestyles including Scott La Rock Jr/C75 Live/Gorilla Gear/MJs Hip Hop Connex 'My Philosophy Challenge' and  winner of Funkmaster Flex Car & Music Showcase Tour.

For the past 7 years ThABYSSness devoted her time to music and claimed herself Hip Hop heroine all over the world from New York to Florida, to the UK to Australia, and Africa.

Her lengthy music catalog including her latest single release “Black America” off her forthcoming EP “Black Suits  is co-signed by several labels. This is just the beginning for ThABYSSness!

Click the pic to go to the order page: 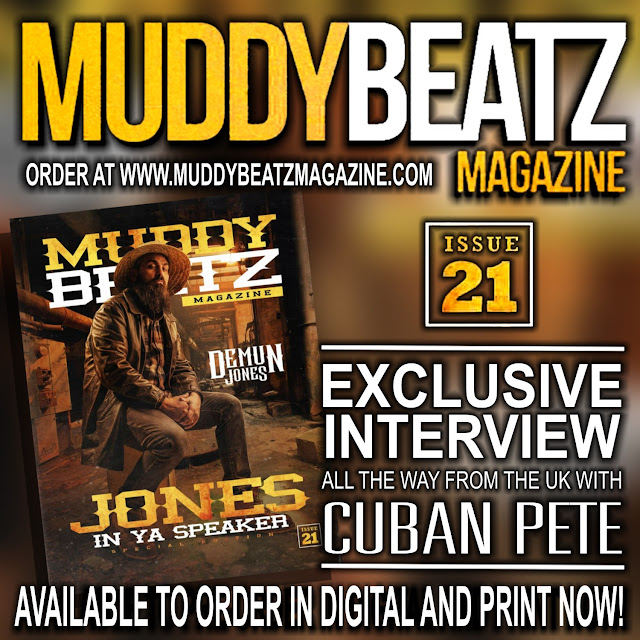 Check out the 'Feelin Good' video from cover star Demun Jones below:


WWW.MUDDYBEATZMAGAZINE.COM
Posted by C75 Live at 04:33 No comments: